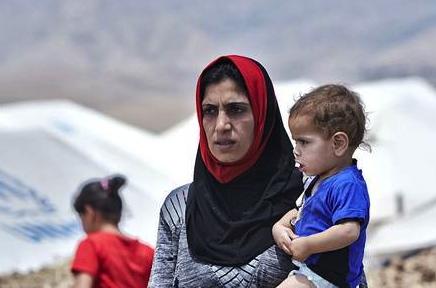 During the winter months, millions of refugees from Iraq and Syria need weather-proof tents, blankets, stoves, fuel and warm clothing. For many Syrian refugees, it’s the fourth winter in exile. With Euro 800, we will pay for 200 blankets.

Since January 2014, nearly two million people from war zones in Iraq have fled the violent crimes of the so-called "Islamic State". Many of them seek refuge in the Kurdish region of the country. Among the fugitives are Yazidis, Shabak, Shiite Turks and other religious minorities, who are repeatedly targeted by the violence in Iraq. The autonomous Kurdish region is now refuge to 700,000 people, in addition to 220,000 refugees from Syria.

During the winter months, these people need weather-proof tents, blankets, stoves, fuel and warm clothing. For many Syrian refugees, it’s the fourth winter in exile. Together with local authorities and NGOs, the UN Refugee Agency (UNHCR) coordinates assistance in the form of: