Since its establishment people and institutions from Ghana and around the world such as musicians, students, cultural centres, universities, journalists and people from the general public have been benefiting from BAPMAF and its musical archives and treasures. In the effort to keep the Ghanaian music cultures alive, BAPMAF has also been involved in the organisation of cultural events including seminars and films, photo exhibitions, concerts and music performances.

The funds received through PHOTOCIRCLE and other fundraising efforts will be used to reopen the BAPMAF photo exhibition and seminar room that has been destroyed during a flooding in 2010. The funds will be used to repaint the premises, do some carpentry work, put fixtures for hanging paintings and artefacts on the wall and buy about 20 chairs and some tables.

Money needed for the phase 1 of the reopening works: 250 Euros 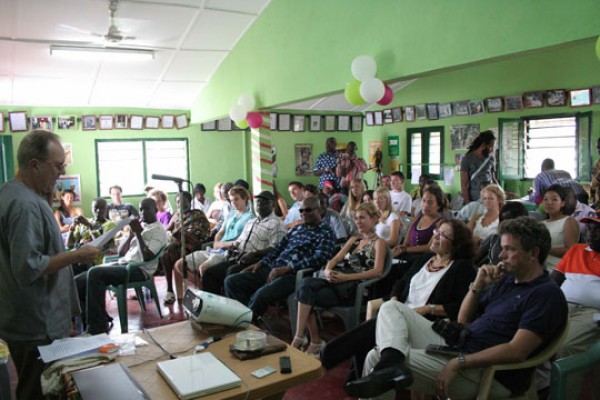 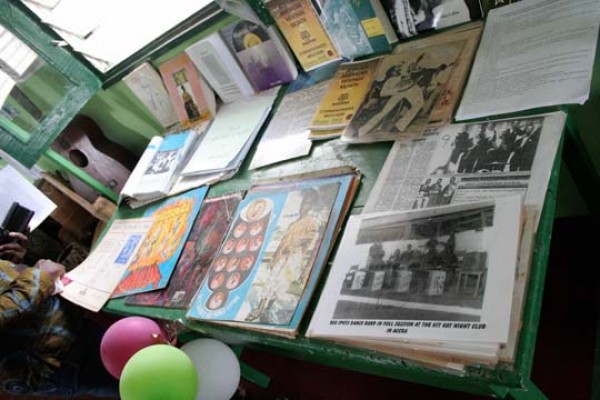 The Bokoor African Popular Music Archives Foundation (BAPMAF) http://www.bapmaf.com is a Ghanaian NGO established in 1990 by Professor John Collins, encouraged and assisted by a group of leading Ghanaian popular musicians (King Bruce, E.T. Mensah, Beattie Casely-Hayford, Koo Nimo, Kwaa Mensah) who were concerned with the lack of research and information on local Ghanaian highlife music and the demise of the ‘classical’ styles of this genre. Since then the archives have expanded into other areas of African music; both popular and traditional.

In 2007, after extensive re-building the BAPMAF premises were re-opened as the BAPMAF Highlife–Music Institute. It consists of 2,400 sq feet that  include a photo exhibition room, seminar room, digital documentation room, audio-video lab, listening booths and library for photos, video, printed matter and recorded music.

A devastating flood struck BAPMAF/Bokoor House on the 26th October 2011. This occurred over many parts of Accra due to a massive rainfall compounded by people blocking water ways. Almost 6ft of flood water entered the BAPMAF land with 4.5ft entering the downstairs premises where some of the BAPMAF archival holdings are kept. About 10% of the BAPMAF archives was damaged or lost as well as thousands of dollars of technical equipment.