Yesterday we completed our project in Indonesia! Thanks to your support we were able to take over a one year sponsorship of Miko, one of the last orangutans on earth. 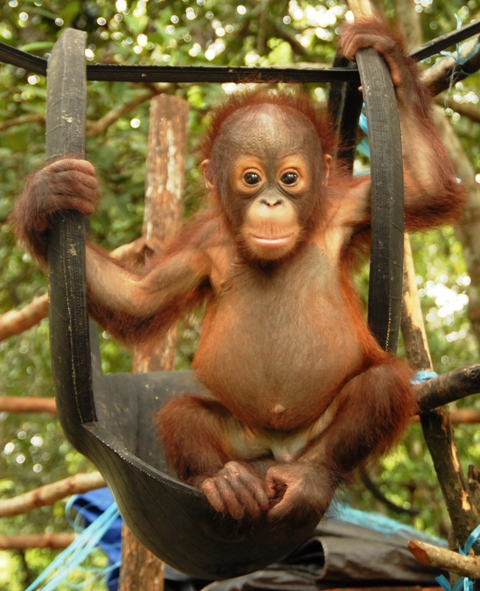 According to UN data in 2022, about 98 percent of the world’s rain forests will be destroyed. The rapid deforestation of tropical primary forests, large destructive forest fires, the massive spread of palm oil plantations, and the national and international animal trade has taken away the orangutans’ natural habitat.

The Indonesian government does very little to fight this destructive development. In fact, sustainable forest management, environmental protection and ecology are still the future for a country that is among the most corrupt in the world. Therefore timber companies and the palm oil industry more or less can do whatever they want. For them short term profit maximization is their first priority.

Where the state fails, private organizations and initiatives have to fight alone against the destruction of the rain forest and the extinction of orangutans. Greenpeace, for example, did have some success with his campaign “Give the orangutan a break” which a few of you might still remember. If some of you considered having a Kitkat during the break, you probably won’t eat it after watching this spot. At least many people’s appetite to Kitkat passed causing the mulinational giant Nestlé to at least partly rethink their policies towards palm oil.

Also the BOS Foundation founded in 1991 has been working hard to preserve the habitat of the last orangutans. The Inonesian NGO actually now leads the biggest primate conservation project in the world and has set an example for many other conservation programs.

We are very happy to have helped BOS Germany in their outstanding work and look forward to many more joint projects to come. For more information on current projects and the management of orangutans in Indonesia, we recommend you the website of our partner BOS again highly recommend.

Now back to Miko… 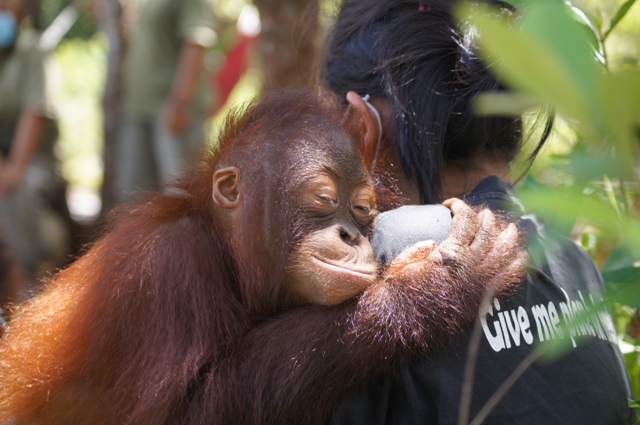 Miko on the way to nursery

Miko didn’t even reach his first year of age, when he was being confiscated in a village near Sebangau national park in Kalimantan. The nature conservation authority had received information about an illegally held orangutan. They found the baby orangutan in the mittle of an abandoned house and informed the BOS team. Miko was tiny and extremely weak. At the camp his wounds on hands and feet were being treated and thanks to infusions he soon got better. At BOS, human foster mothers supervise orangutans like Miko around the clock. Intensive care and loving support is very important for young orangutan like Miko because in nature, baby orangutan live very close to their mother until the age of eight.

Now Miko is living in the so called “playground”. There he learns to experiment with natural food and gets used to forest living until for their reintroduction to the wild. We hope that this day will soon come also for Miko.